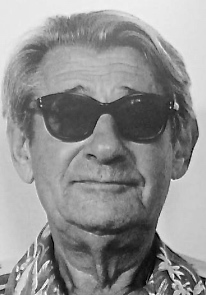 Helmut Newton was one of the most successful and highest paid photographers of the 20th century. In the 1960s, his photographies pushed the boundaries of traditional advertising photography to art.

Newton was born 1920 in Berlin as the son of Klara (Marquis) and Max Neustädter, a button factory owner. His family was Jewish. Newton attended a realgymnasium and the American School in Berlin until 1936. He started his apprenticeship as a photographer with the then well-known Berlin photographer Yva (Else Neuländer-Simon) in the same year. After a professional ban, she had to close her studio in 1938; later the national socialists murdered her. At the time, shortly after his 18th birthday, on December 5, 1938, Newton escaped from Germany to Singapore. After arriving in Singapore, he was able to find a place where he was a photographer for the Straits Times and then as a portrait photographer. Newton was on the Queen Mary, arriving In Sydney on 27 September 1940.

From 1940 he spent the war years in Australia, where he worked first as a truck driver in the army and in railway construction. In 1945 he opened a Fotostudio in Melbourne. A year later, he accepted Australian nationality. In 1948, he married the actress June Browne with whom he lived until his death. She had been a photographer under the alias Alice Springs since the 1970s.

He shared his first joint exhibition in May 1953 with Wolfgang Sievers, a German refugee. The exhibition of New Visions in Photography was at the Federal Hotel in Collins Street and was the first glimpse of New Objectivity photography in Australia. Newton went into partnership with Henry Talbot, a fellow German Jew, who had also been interned at Tatura, and his association with the studio continued even after 1957, when he left Australia for London. The studio was renamed ‘Helmut Newton and Henry Talbot’. Newton’s growing reputation as a fashion photographer started with a special Australian supplement for Vogue magazine, published in January 1956.

Master of the voyeuristic gaze

French, Italian, American and the German editions of Vogue, as well as other fashion magazines commissioned him. Since the 1970s Newton was one of the most coveted and most expensive fashion, advertising, portrait and nude photographers in the world. In 1976, when Newton was already 56 years old, his first illustrated book was White White, which was awarded the Kodak Photobook Prize shortly after publication. One of the first retrospectives, including all the Big Nudes and portrait of Chancelor Helmut Kohl, he had with the support of his German representative Rudolph Kicken at Artforum Thessaloniki in 1997. In April 2000, Newton’s so-called SUMO-book by Taschen caught the eye when the number one, signed by more than 100 of the celebrities depicted in the book, earned c. 310.000 EUR on a charity auction, breaking the record for the most expensive book of the 20th century. Newton died in California after a car accident in 2004. On 3 June 2004, June Newton opened the Museum of Photography, which also houses the Helmut Newton Foundation, with the exhibition of her husband’s collection, donated to the Staatliche Museen Berlin.